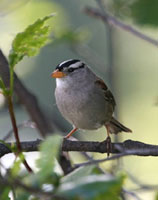 Three kinds of birds - sparrows, starlings and pigeons - cause most conflicts between birds and people in urban areas of the United States. All have well-established populations, but none are native species.

Because all live in close association with man, they transmit diseases and are host to many parasites and insect pests. Their nests create fire hazards, and droppings deface and ruin property.

Starling roosts are a frequent problem in urban areas because of noise, filth, odor and related health concerns. Starlings also compete for nesting sites with native cavity-nesting birds such as bluebirds, flickers, woodpeckers and purple martins. 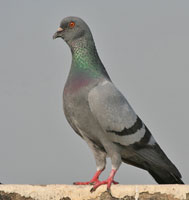 Pigeons may carry pigeon ornithosis (psittacossis), Newcastle disease, aspergillosis, pseudotuberculosis, pigeon coccidiosis, toxoplasmosis, encephalitis and Salmonella typhimurium. Except for the last three, these diseases rarely infect humans, but may be serious if not diagnosed promptly. Salmonella is found in about 2 percent of pigeon feces and is statistically the most frequent cause of salmonella food poisoning in humans.

Histoplasmosis and cryptococosis are systematic fungus diseases which may be contracted by cleaning up dusty bird manure. Bird ectoparasites - bugs, fleas, ticks and mites - frequently invade homes from bird nests in or on buildings and transmit diseases by biting. Some bites cause welts and skin infection.